JG Contemporary is a contemporary art gallery in Poet's Corner in Acton Central, London.  We focus on art and artists we love and believe in and focus mainly on showing original works and paintings in primary markets.

The gallery was founded by Jewel Goodby, a curator working with urban and contemporary artists across multidisciplinary mediums.  Since 2010 Jewel has consistently worked with a number of artists, including Fin DAC, George Morton Clark, Carrie Reichardt, Carne Griffiths, Danny O'Connor, Hayden Kays, Matt Small, Snik and many others, showcasing their works at different pop up exhibitions, such as Red Bull Studios, the Hospital Club, BT Artbox, Loft Studios, the Muse Gallery in Portobello among others. Most recently, the gallery has participated several times in both the London and New York editions of Moniker International Art Fair. As well as representing established artists, JG Contempoary frequently discovers and connects with new, up and coming artists, keeping her exhibits current and varied.

Jewel is the curator of ACTON UNFRAMED 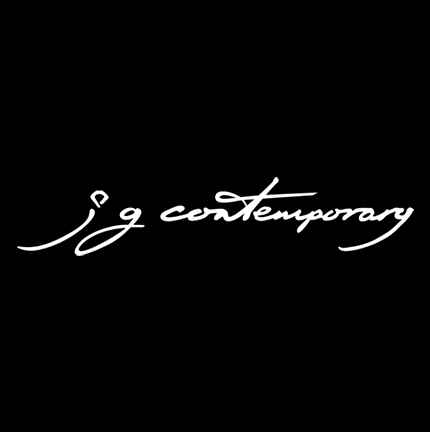 Get in touch via email [email protected]

® The Own Art logo is a registered trademark of Creative Sector Services CIC, a Community Interest Company registered in England and Wales under number 08280539. Registered office: 10 Queen Street Place, London EC4R 1BE. Credit is provided by Hitachi Personal Finance, a trading style of Hitachi Capital (UK) PLC Authorised and Regulated by the Financial Conduct Authority.